What Is Catfishing On The Internet?

Ever asked yourself, “what is catfishing on the internet?” If so, allow us to explain.

Catfishing is most commonly the work of an individual person. So-called catfish employ a growing variety of tactics to trick others into buying into one or more fake identities. Fictitious catfish personas most commonly come to life on social media. Facebook and Instagram, in particular, have both proved to be ideal platforms for catfish across the board.

Most catfish set out to trick a specific victim. At the same time, it’s not unusual for a catfish to target multiple individuals. Their intentions vary, with some far more wicked than others. Common catfish goals include wishing to upset a victim and achieving financial gain.

Other catfish set out solely for personal fulfillment, while some may be committed to compromising a particular individual’s privacy. To fully understand what is catfishing on the internet, however, it’s necessary to take a closer look at the details.

A brief history of catfishing

Catfishing online is, of course, a modern phenomenon. That said, the term itself actually has roots dating back to the early 1900s. Here, it referred to a myth that live cod were healthier when shipped alongside various catfish species.

Today’s contemporary use of the word catfishing, though, only dates back to 2010. In this much more modern sense, it stems from a documentary released in the same year. Originally envisioned three years prior, it follows a young filmmaker’s brother’s online friendship with a 19-year-old woman.

‘Catfish‘ is the work of Nev and Ariel Schulman and fellow filmmaker Henry Joost. The documentary eventually reveals that the woman in question is, in fact, a middle-aged housewife. Her husband ultimately becomes responsible for the modern application of the term catfish. He does so as he likens his wife’s exploits to those of the fishermen in the early 20th-century myth.

Two years later, the launch of Nev Schulman’s TV show of the same name served to amplify this further. In the show, Schulman and co-host Max Joseph set out to help others with their online relationships. The pair would subsequently test the authenticity of suspected catfishes’ identities.

‘Catfish: The TV Show‘ is now in its 8th season. The show continues to seek out and reveal the identities of catfish from across the U.S. and overseas.

Elsewhere, the modern practice of catfishing has further inspired numerous other TV shows and documentaries. The same is also true of a variety of movies and songs by famous artists.

Several high-profile examples of catfishing have involved celebrities. A prominent 2012 case, for example, saw American football linebacker Manti Te’o tricked by a catfish on the internet. In this instance, a man catfishing as a young woman tricked Te’o with a tale of ill-health. The catfish eventually led the linebacker to believe that the young female had died of leukemia.

By this point, he had entered into an online relationship with the individual. The truth came to light after Te’o spoke publicly about the relationship. The sports star has since spoken out against catfishing.

So, what is catfishing on the internet?

Fake catfish profiles are often carefully constructed to closely portray another internet user. A catfish may be based upon a real person or represent an entirely made-up character. Catfish frequently steal photographs for their personas from other social media users’ profiles.

A common goal among catfish is to trick an innocent individual into entering into a fake online relationship. More broadly speaking, driving forces vary wildly, from purely sexual motives to attempts to defraud or blackmail a person. In the case of the former, online dating websites and apps have become increasingly targeted by catfish.

Why do people continue to catfish?

Further to efforts to defraud or blackmail a person and purely sexual exploits, reasons for catfishing are potentially infinite.

Some lonely catfish use the practice solely in an attempt to form friendships. Others claim to do so to disassociate from their true everyday identities. This disassociation reportedly allows them to hide from moral obligations and responsibilities.

Another reason that people continue to catfish is in order to explore their gender identities. The book ‘Reality Television: Oddities of Culture‘ explores this aspect of catfishing in some detail.

Simpler aims to benefit financially may also be a motive. Distinct from efforts to defraud or blackmail, a catfish may openly ask for money. Catfish in fabricated friendships or relationships with unsuspecting individuals may request funds for groceries or other essentials.

Other reasons for deceptive online activity

People attempting to snare online predators have also employed similar techniques to those used by catfish. Such efforts, in fact, have taken place since long before the term catfishing itself came into widespread use. For example, fake identities and fictitious online personas have featured prominently in Dateline NBC’s ‘To Catch a Predator’ series.

This was taking place as far back as 2004, with the show documenting undercover cops. These cops posed as minors on the internet to catch online child predators.

Yet, this is an approach rarely employed in strictly catfishing terms. Instead, catfish are much more likely to be older teenagers or adults posing as others of a similar age. They then look to deceive their peers in the majority of cases.

In other instances, catfish may act purely out of boredom. More recently, catfishing has also become a basis for so-called cyberbullying.

Risks tied to catfishing exist on both sides of the equation. Victims of catfishing often end up falling prey to blackmail and various forms of fraud. The same people may also become sucked into seemingly serious relationships. Only later do they come to find out that someone has tricked them.

For these and other reasons, catfishing can take a severe toll on its victims. Catfishing tolls can range from purely emotional to putting people in situations with significant financial implications. Aspects of catfishing are also closely linked to more organized identity theft practices. Victims of both may, as a result, find themselves in trouble with their bank and other credit agencies.

What’s more, the real people whose images catfish use are similarly at risk. Catfishing victims may angrily target them in complicated cases of mistaken identity. Catfish themselves aren’t immune from trouble, either. With their antics uncovered, outed catfish frequently find themselves on the receiving end of serious harm.

What is catfishing on the internet in 2021?

It’s now more than a decade since the modern application of the term catfishing came into use. Yet, catfishing efforts and behavior remain much the same in 2021.

What is catfishing on the internet today, and what exactly does it look like? Most notably, catfish continue to take to new online platforms. They ultimately do so with many of the same goals. Limited by potential ways to portray themselves, many could argue that catfishing is unlikely to evolve further.

How do you tell if someone is catfishing you?

The reality that they aren’t who they say they are is a limitation for all catfish. For this reason, catfish will often refuse to talk on the phone or video chat. They’re also unable to meet in person on the same basis.

Of course, a catfish may be able to disguise its voice. As such, some do engage in telephone conversations where they pretend to be their fake persona. However, if someone is wholly unwilling to video chat or potentially meet in person, they may be a catfish. A catfish will also often construct over-the-top reasons for why video chatting or meeting up isn’t possible.

Is it a crime to catfish someone?

No, it isn’t currently illegal to carry out the practice of catfishing. However, what is illegal is using the process to perform activities that are, in turn, against the law.

If caught, a person using a fake identity to commit a crime will attract the same punishment as anyone else. Law enforcement agencies routinely identify and charge catfish on this basis with crimes including fraud and blackmail.

How to protect yourself against catfishing

Anyone speaking to strangers on the internet can fall victim to a catfishing scam. At the end of the day, this may only result in hurt feelings. In more serious cases, though, the dangers can be considerably greater. Thoroughly protecting yourself against catfishing involves looking more closely at broader internet privacy measures.

Concerned about what is catfishing on the internet and how it could impact you personally? If you’re serious about online privacy and safeguarding yourself against the many risks linked to deceptive activity on the web, we can help.

At InternetPrivacy.com, we have years of experience in protecting clients against a wealth of ever-present dangers online. Our team is on hand to tackle all manner of internet safety and security concerns.

Dark Web Monitor: Is My Info on the Dark Web? 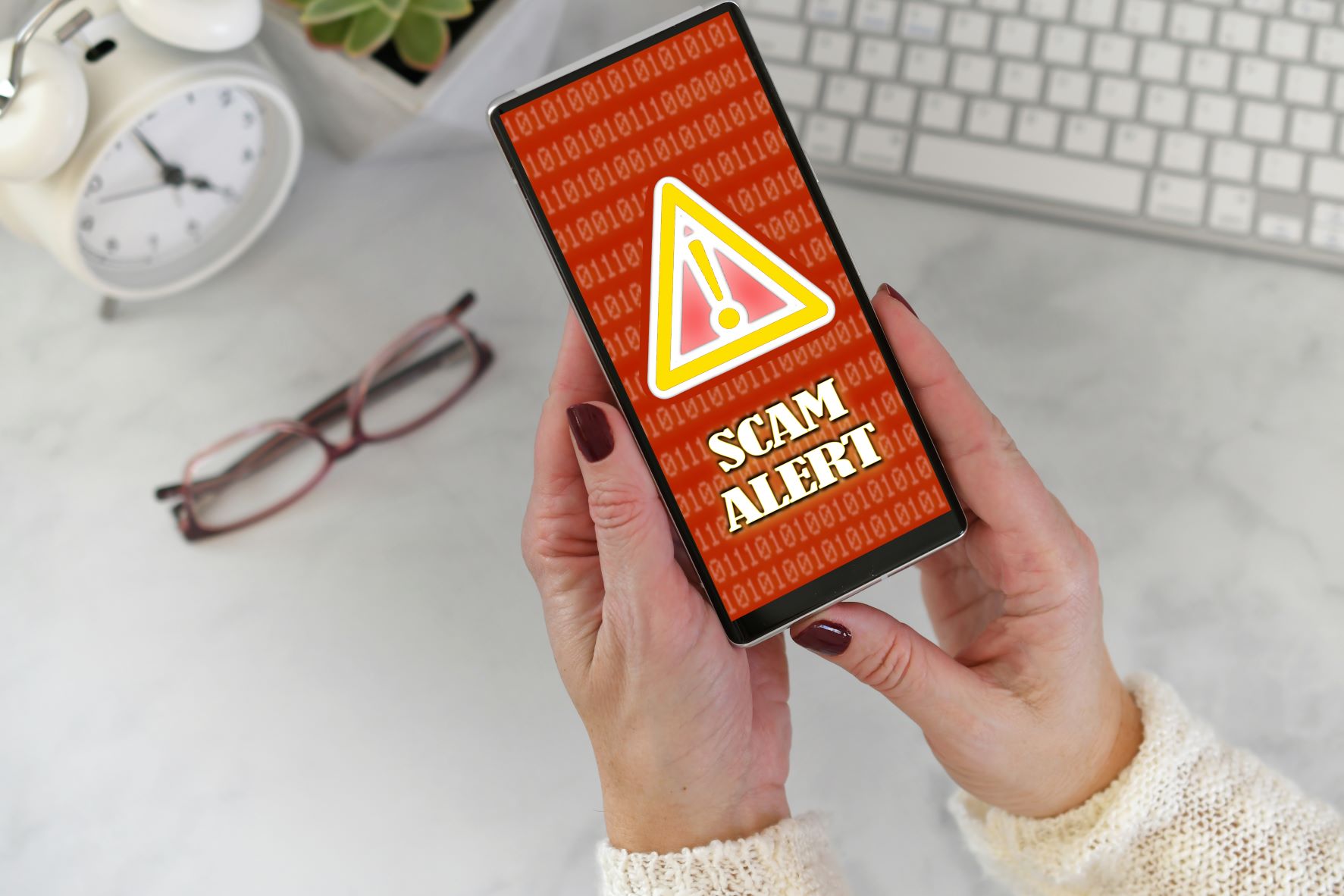